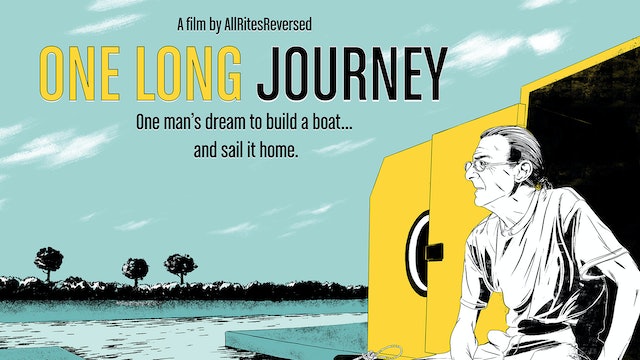 One man's dream, to build a boat and sail it home.

One Long Journey follows the adventures of Vik Pengilly-Johnson as he attempts to fulfill a lifelong dream and to escape the lonely confines of his flat in the South of England. To the dismay of his family, Vik announces on his seventieth birthday, that despite having no money, he will rebuild the broken shell of a river cruiser that he has found in a northern boatyard and then sail it home. Unable to let his father go alone, Vik's eldest son travels North with him. What ensues is a drama of impossible loves set upon English waterways, where home is lost and found.

Buy now and you will get:

* One Long Journey, a feature length documentary in Full HD (including a version with subtitles)
* The Boatyard EP by Walk, featuring songs from the soundtrack & artwork by RossPhillips.net
* 4 Exclusive bonus videos featuring Vik and live music from Walk
* The poster artwork designed by RossPhillips.net

Right-click this and copy the link address.

Watch on your Television

Watch on your Computer